The Internet of Things (IoT) is riding high at the peak of the Hype Cycle.  Is it a $17 Trillion market or merely a $10 Trillion market?  Depends on what you include in your definition of a "thing".  The more you include the bigger the market. 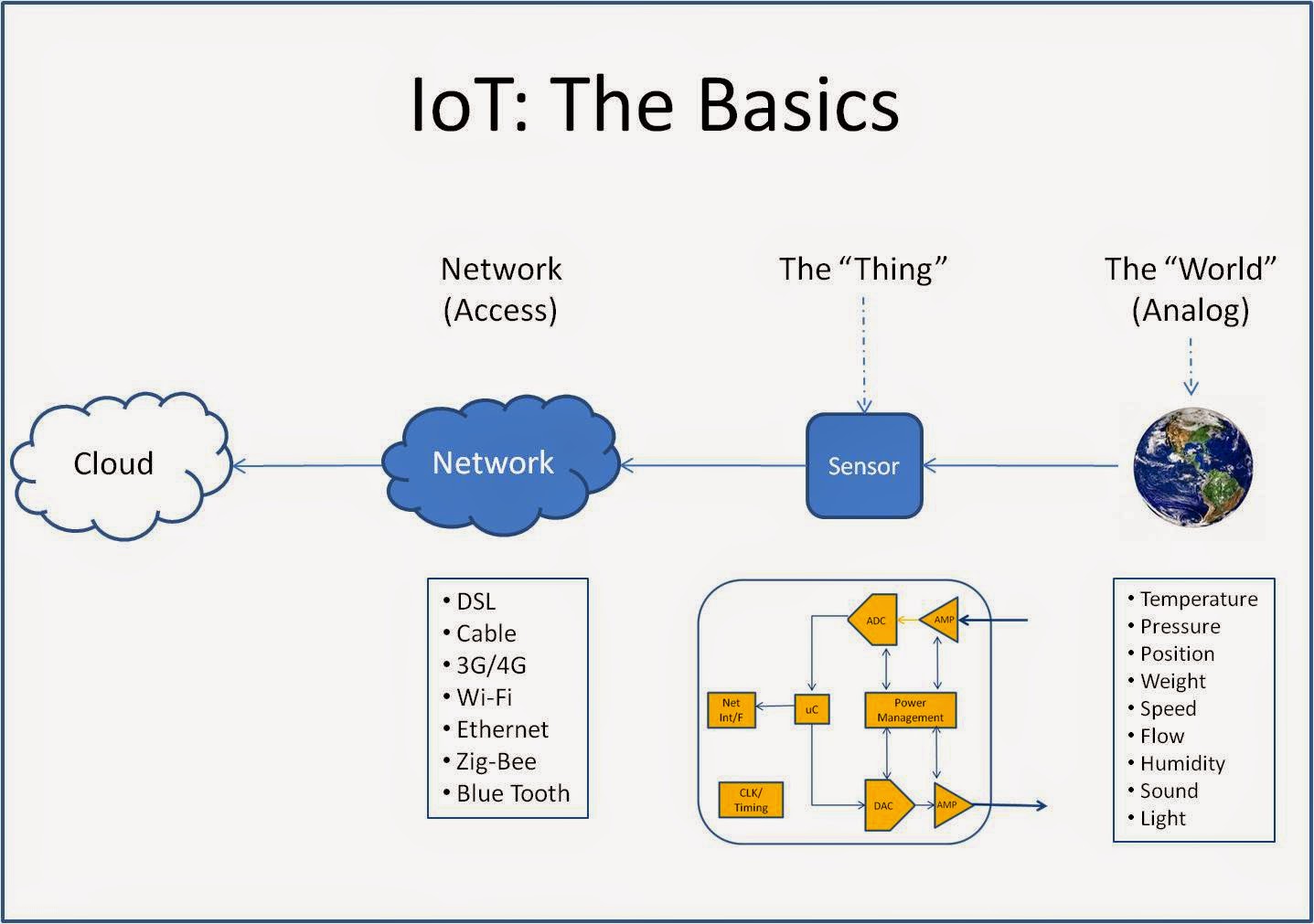 IoT applications have a basic common architecture as shown in Figure 1. IoT digitizes some analog parameter and sends it to the "cloud" for analysis and possible action.   The primary factors that all IoT or M2M applications must address are Batteries, Backhaul and Transparency.

Let's address the transparency issue first.  In quantum physics there's the "uncertainty principle".  Simply put is says that whenever you measure a system you disturb it.  Since most IoT applications measure a real world analog phenomena (e.g., temperature, pressures, et al) the "thing" must do so with minimal impact on the system you are measuring.   Transparency parameters include cost (CAPEX and OPEX), size, weight, aesthetics etc.

Batteries, or more generally power, is a critical parameter within IoT applications.  If you require grid power you lose some transparency and limit your ability to deploy the thing.  Not every location will be close enough to the grid to be able to be powered by it.  Remote sensors will require batteries.  These batteries must last many months and even many years.

Even IoT applications within the home must address the battery issue.  Take a simple motion detector.  The ideal placement is in the corner of the room near the ceiling.  Not many power outlets near by.  Thus the customer can either install an outlet close by, move the sensor close to the outlet (i.e., near the floor) or have to see the wire dropping down to the nearest outlet.  Batteries solve this problem.  However, if they need to be replaced every month the value and transparency quickly depreciates.  What if this motion detector is part of a security perimeter for a high value asset (e.g., power plant).  If the good guys need to replace the batteries periodically it will show the bad guys where these "hidden" sensors are.  Thus, batteries are critical to the success of the application and can make or break a business case.

The "I" in "IoT" is for "Internet", meaning internet protocols (IP).  The digital data of the analog phenomena must be sent to the cloud via some type of network. This is referred to as Backhaul.  Networking options are plentiful  and include 2G/3G/4G/LTE, Wi-Fi, Zig-Bee, Satellite, Blue Tooth, Ethernet and local broadband options.  The technology selected depends on the application and on parameters such as data rates, latency, cost and what's available.  The more remote the thing is the less options are likely available.  The selection of a backhaul solution must address both transparency and battery issues discussed above.

There are other issues and parameters that need to be address to make an IoT application successful.  For example, the cloud solution (e.g., "big data" base, analytics, heuristics, et al) are not trivial yet they are solvable engineering problems.  The same is true for the "thing" or sensor. For most all you have to do is go to the Analog Device catalog and select a chip.  Again, non trivial but solvable.  Thus, batteries and backhaul and transparency are critical make-or-break parameters to ensure success of your IoT application.

To discuss this please email me at gwhelan@greywale.com

Other articles can be found at greywale.com